What Is the Stock Market

A stock market, also known as a stock exchange, is a venue to trade securities, such as Shares and Financial instruments. Sellers of securities are matched with their buyers in a stock market and they trade with each other using rules imposed by the market’s governing authority (SEBI). For example, the National Stock Exchange (NSE) matches the Best Bid Offer (BBO) with the lowest sale price. If there are not enough buyers of the security, then an assigned market maker steps in to make up for the difference and accomplish the sale.

Stock markets serve an important function in the economy by enabling entrepreneurs to raise capital and companies to expand their operations using funding from the markets. On the other side, stock markets generate profits for buyers of securities by making informed bets on growth prospects for these companies. These tasks are accomplished with the help of extensive regulations that govern trades and enforce mandatory disclosure of details from both sides.

Depending on trading volume and economic conditions, stock markets can be bellwethers of the broader economy. For example, major indices at major stock markets plunged during the financial crisis of 2008 and rose to new heights after the Great Recession of 2008, reflecting the Indian economy’s period of sustained growth.

But there have been times when the market is disconnected from the mainstream economy’s problems. For example, despite an almost-complete economic shutdown and reports of record losses and unemployment numbers, markets in the Indian Market reached new records during the coronavirus epidemic.

How Do Stock Markets Work?

To understand the working of a stock market, it is important to understand the stakeholders involved in its operations. Broadly, there are three parties involved in the process: buyers or those interested in purchasing shares either individually or in large blocks, sellers or those interested in making a sale of their shares at a profit or loss (as the case may be), and market makers or the intermediaries responsible for matching buyers with sellers and vice versa. Interactions between these three participants are governed by a complex set of rules and regulations that are necessary to maintain order and fairness in the market.

How Are Stocks Traded?

The basic math of a stock trade consists of the difference between the bid and ask prices. After a stock is listed at an exchange, market forces take over. It is traded multiple times in a day. Some investors purchase the stock, or bid for it, at a low price. Other traders sell it, or ask for it, at a high price. The difference between the purchase and sale price is known as a bid-ask spread. 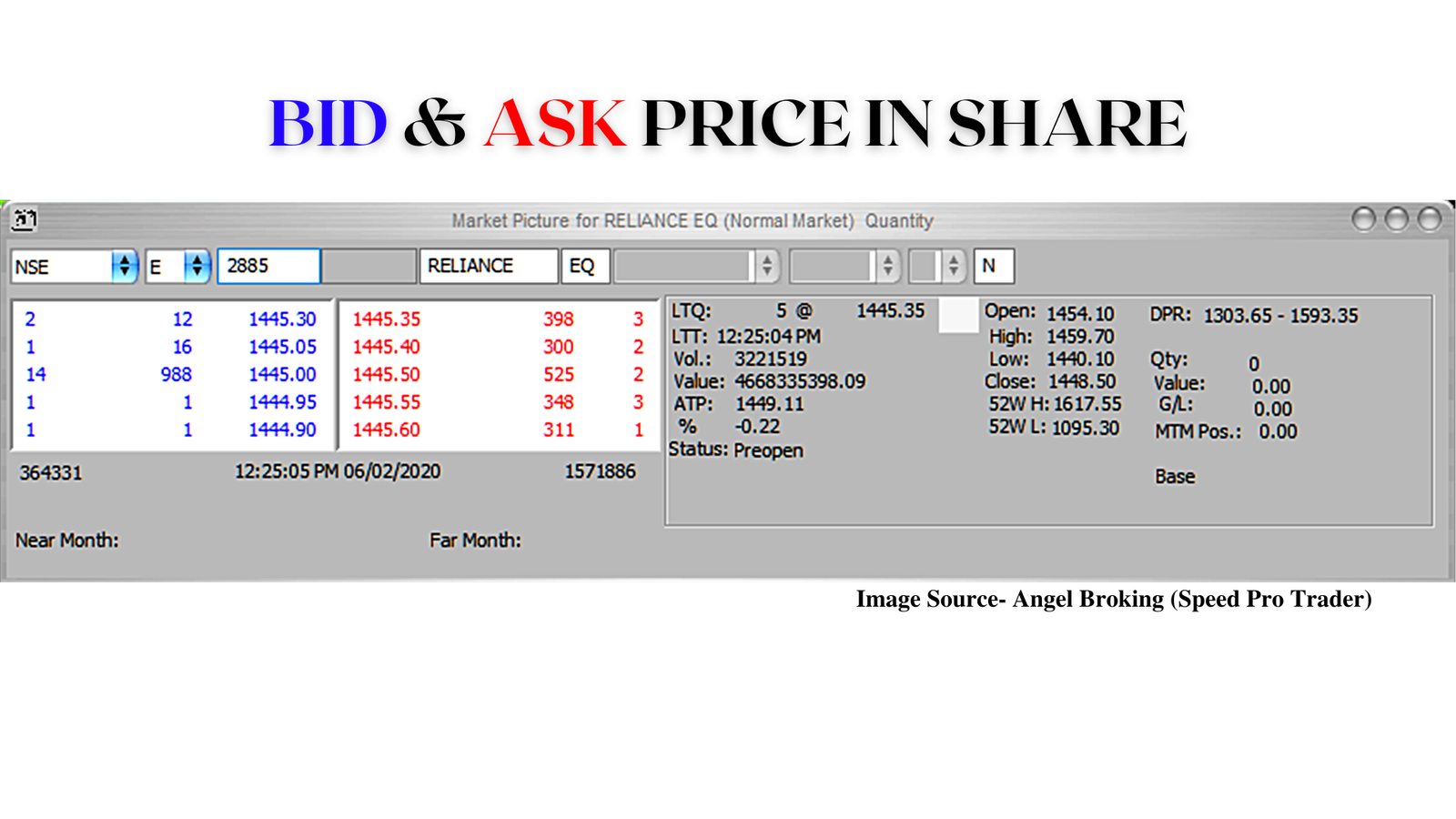 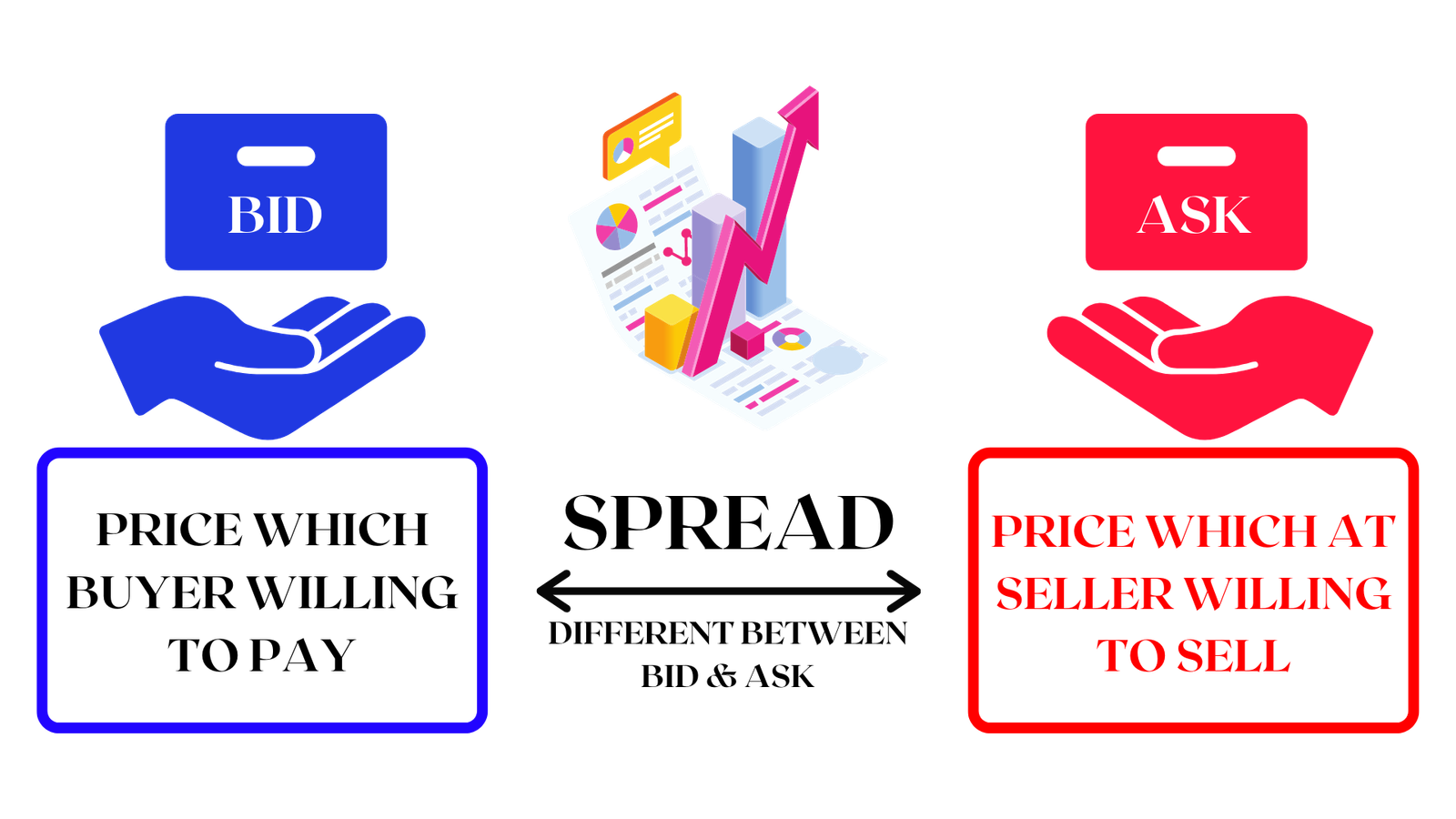 This spread is important for several reasons. First, it is an important source of revenue for market makers who make money off the price difference between these prices. Second, it is an indicator of the liquidity and interest in the stock. The narrower the spread, the more the stock’s liquidity because it means that traders are interested in owning or selling it. In general, liquid stocks are less susceptible to wild price swings because of the higher number of traders that make up their market. Illiquid shares, on the other hand, are more liable to display steep increases or decreases in their price because a single large transaction has the potential to draw investors into the company or drive them out of it.

There are thousands of companies listed on the stock market and each company undergoes multiple price gyrations in a day. Therefore, it is impossible to gauge the market’s broad movements by tracking individual stocks. Instead, indices are used as tokens of the market’s mood.

Furthermore, in the index, stocks do not only belong to a specific industry such as pharma, or banks, instead, but they are also picked up from all the major sectors. Thus, indexes help us in showing the overall picture and not just a specific sector of the stock market. One can also invest in stock indexes through various mutual fund schemes and exchange-traded funds (ETFs).

The idea of trading goods dates back to the earliest civilizations. Early businesses would combine their funds to take ships across the sea to other countries. These transactions were either implemented by trading groups or individuals for thousands of years.

Throughout the Middle Ages, merchants assembled in the middle of a town to exchange and trade goods from countries worldwide. Since these merchants were from different countries, it was necessary to establish a money exchange, so that trading transactions were fair.

Antwerp or Belgium today, became the center for international trade by the end of the 1400s. It’s thought that some merchants would buy goods at a specific price anticipating the price would rise so they could make a profit.

The first modern stock trading was created in Amsterdam when the Dutch East India Company was the first publicly traded company. To raise capital, the company decided to sell stock and pay dividends of the shares to investors. Then in 1611, the Amsterdam stock exchange was created. For many years, the only trading activity on the exchange was trading shares of the Dutch East India Company.

At this point, other countries began creating similar companies, and buying shares of stock was all the rage for investors. The excitement blinded most investors and they bought into any company that began available without investigating the organization. This resulted in financial instability, and eventually, in 1720, investors became fearful and tried to sell all their shares in a hurry. No one was buying, however, so the market crashed.

Another financial scandal followed in England shortly after— the South Sea Bubble. But even though the idea of a market crash concerned investors, they became accustomed to the idea of trading stocks.

Although the first stock market began in Amsterdam in 1611, America didn’t get into the stock market game until the late 1700s. It was then that a small group of merchants made the Buttonwood Tree Agreement. This group of men met daily to buy and sell stocks and bonds, which became the origin of what we know today as the New York Stock Exchange (NYSE).

Although the Buttonwood traders are considered the inventors of the largest stock exchange in America, the Philadelphia Stock Exchange was America’s first stock exchange. Founded in 1790, the Philadelphia Stock Exchange had a profound impact on the city’s place in the global economy, including helping spur the development of the U.S.’s financial sectors and its expansion west.

In 1971, trading began on another stock exchange in America, the National Association of Securities Dealers Automated Quotations or otherwise known as the NASDAQ. In 1992, it joined forces with the International Stock Exchange based in London. This linkage became the first intercontinental securities market.

History of Stock Exchange in India-

Mr. Chartist is solely dedicated to learning the financial market. Our objective is to improve financial literacy. Since we are practicing Technical Analysis on a personal level we will be providing chart-based study in our weekly Chartbook for educational purposes only.

Users of this website are expected to consider this as a blog only for Learning/Education and not to misread it directly or indirectly as any buy/sell recommendations.

Please consider the Risk involved in equity markets. We do not take any responsibility for your profit or loss.​

www.mrchartist.com is solely dedicated to learning the financial market. Our objective is to improve financial literacy. Since we are practicing Technical Analysis on a personal level we will be providing chart-based study in our blogs for educational purposes only. Users of this website are expected not to misread directly and indirectly any buy/sell recommendations.

Mr. Chartist is solely dedicated to learning the financial market. Our objective is to improve financial literacy. Since we are practicing Technical Analysis on a personal level, we will be providing chart-based study in our website contents for educational purposes. Users of this website are expected not to misread it directly or indirectly as any buy/sell recommendations.